Can you predict job satisfaction? 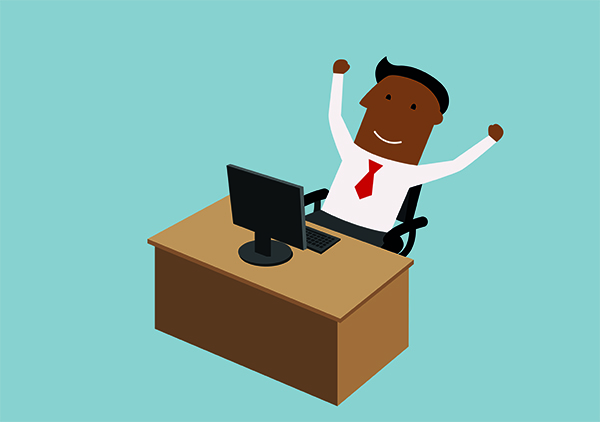 Prediction of the match between job satisfaction and job performance has been an area of intense study for organisational psychologists since the first examination in the 1930s by Roethlisberger & Dickson and has continued with research papers published periodically to the present day.

The theory is if we can understand the relationship between job satisfaction and performance, we could more effectively recruit, promote and develop our people. This relationship has been described as the “Holy Grail” of industrial psychologists.

In a new research study ‘Made to Measure’, we analysed the data from over 4,200 men and women collected through the psychometric tests. Our research looked at both the personality profiles of individuals and, crucially, the skills and competencies that are naturally inherent in individuals.

For five of the job roles we studied we were able to collect job satisfaction data. We wanted to investigate whether a strong match between the competencies required for a job and those exhibited by individuals would lead to greater job satisfaction. The hypothesis was that if the skills and temperament of a person was a good fit with the requirements of their job role, then they would have a higher sense of job satisfaction.

Of course, we understood that competencies would differ across job roles. In some roles – such as nurses – the key competency of Interpersonal Skills did indeed lead to greater job satisfaction. What was surprising was the fact that this relationship between actually having the key competencies required for a job and being more satisfied in the job did not translate across different roles.

For IT professionals, for example, we expected that highs rating on the Analytic competency metric would be associated with job satisfaction, for two reasons: one because they scored higher on this competency than the general population, and two, because the ability to work with complex data and technological information are intuitively important characteristics for success in an IT role. However, being Analytic did not relate to enhanced job satisfaction.

What became clear through our research was that there were recurring competencies that predict job satisfaction, regardless of the role, and that all these competencies had at least one contributing personality scale related to two main personality factors – Emotional Stability or Extraversion.

This chimes with previous research into the concept of the ‘happy employee’ where certain elements of both Emotional Stability and Extraversion combine to create individuals who are happier in life generally and therefore happier in their jobs.

There were three main trends among the competencies related to job satisfaction, all of which are rooted in their links to either Emotional Stability or Extraversion. Competency and correlation with job satisfaction

Taking job satisfaction aside for a moment, what is clear is that there is a direct match between competencies and job performance. We know that people employed in roles that utilise their strengths to the full will perform better. Just as a made-to-measure suit feels ‘just right’, high performance comes from those whose natural talents are a comfortable fit with their roles, as opposed to struggling with demands and expectations they are unsuited for.

Equally, if an individual’s skills are not best deployed in their current role it is likely that they will experience a sense of frustration and disengagement, constantly trying to reshape either themselves or the role so that it becomes a better match for their skills and personality.

So how can organisations support individuals internally and ensure that they are recruiting and developing the right people, with the right competencies and profile to thrive and succeed in their roles?

Many organisations use personality profiling because data can support decision-making. Equally, these assessments can remove some of the emotion from the recruitment or promotion process. However, this only works if HR departments and business leaders are really clear about the competencies that are required for each specific role. If you don’t know what you are looking for, you are unlikely to find it.

Without a tailored assessment and an in-depth knowledge of what skills and personality characteristics are required recruitment decisions can be highly risky. The danger is that decisions can revert to personal preference, which might be a contributory factor that restricts the opportunity for diversity across the board.

Utilising psychometric tests also enables organisations to look for those recurring competencies that equate to higher job satisfaction. We know and understand that if a person is happy and fulfilled, their engagement, productivity and performance will increase.