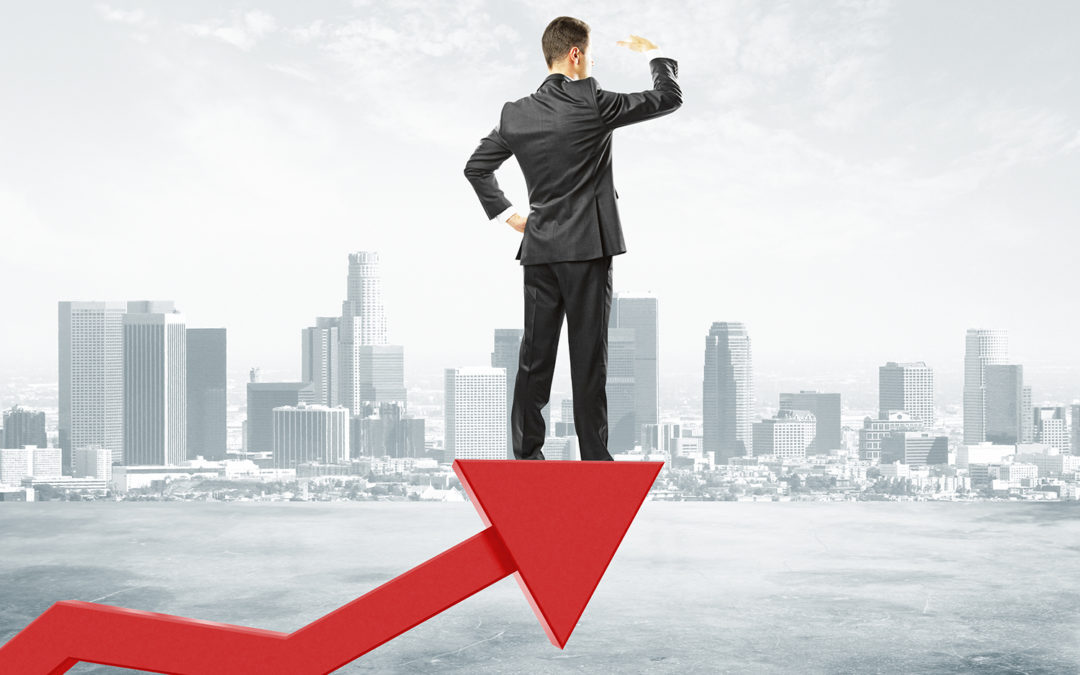 Justin Deonarine is a Research Analyst on the Research and Development team for the Talent Assessments division of Multi-Health Systems Inc. He has kindly allowed PCL to feature this article on our website

Throughout the latter half of last year, I started to compare my experiences in 2016 to those of the years prior. I’ve noticed that I’ve had more contact with current or aspiring entrepreneurs in 2016 than I did in the past. Why? One reason is certainly our partnership with Canada’s Music Incubator, where I work with a number of budding artist entrepreneurs. However, this pattern exists outside of that partnership. Are other industries turning entrepreneur dependent (like the music industry)? Am I starting to notice the perceived entrepreneurial mentality displayed by millennials?

I knew I had read an article from the venture capitalist’s perspective before though, and my search for this mystery article concluded when I found this post from Barbara Corcoran. You may know Barbara as one of the Sharks (venture capitalists) on the ABC show Shark Tank®. Each week, viewers tune into Shark Tank to see the new and innovative ideas that aspiring entrepreneurs pitch to the Sharks. The entrepreneur’s task is to promote the profitability, sustainability and mass appeal of their product or service, in order to get an investment by one or more of the Sharks. However, the quality of the pitch isn’t the only important aspect, as certain Sharks (such as Barbara) often cite the characteristics of the entrepreneur as one of their reasons for wanting to invest in the business. In other words, not only does the entrepreneur have to convince the Sharks that their business is a worthy investment, they have to convince the Sharksthat they are worth investing into as individuals.

In her article, Barbara describes these qualities as “street smarts”, emphasizing the importance of soft skills in the business world. Barbara wants to know everything that she can about the entrepreneur, but only has about 20 minutes to both form an impression of the individual and determine whether or not the business “is a real winner”.

While reading this article, it became apparent that any individual who possesses the traits that Barbara seeks must also have a well-developed set of emotional intelligence skills. Coincidentally, emotional intelligence has also been labelled as “street smarts” in prior literature: “In everyday language, emotional intelligence is what we commonly refer to as ‘street smarts,’ or that uncommon ability we label ‘common sense.’ It has to do with the ability to read the political and social environment, and landscape them; to intuitively grasp what others want and need, what their strengths and weaknesses are; to remain unruffled by stress; and to be engaging, the kind of person that others want to be around. (Stein & Book, 2011)

“I want to put my money in entrepreneurs who know how to get back up fast after they’ve been kicked in the gut… I don’t think you can learn resilience, it’s just one of those things built in.” – Barbara Corcoran

Resilience is captured by the EQ-i 2.0 model in the form of Stress Tolerance and Flexibility. Stress Tolerance refers to the ability to cope with difficult situations, while Flexibility helps you adapt to changing circumstances. It’s likely that successful entrepreneurs possess above average ratings in these two traits. Optimism would also help contribute to one’s resilience, as it is an indicator of one’s ability to maintain a positive attitude and outlook despite setbacks.

It is important to note that one of the key features of the EQ-i 2.0 model is that each trait is malleable, and can be developed over time. Contrary to Barbara’s beliefs, an individual could learn to be more resilient by further developing these emotional intelligence skills.

“I need to invest in founders who know how to communicate. At the end of every interview I find myself asking, ‘Would I buy from this guy? Is his sales pitch irresistible?’” – Barbara Corcoran

An argument can be made that Emotional Expression and Assertiveness are two important parts of the “expression” component of communication. Emotional Expression measures one’s ability to openly express their emotions (verbally and non-verbally), while Assertiveness measures one’s ability to express their feelings and beliefs in a constructive manner. In order for an entrepreneur to effectively convey their pitch to the audience, they need to be able to clearly express their passion for their product or company, as well as insist that it’s the “greatest thing since sliced bread”.

“I’m always looking for someone who’s a bit arrogant, as I’ve learned that aggressive entrepreneurs bring home the bacon. They make lousy employees, have issues with authority and don’t want to be told what to do. I like to put my money in the hands of an entrepreneur who thinks he or she knows more than me. They’ll need that kind of confidence to jump over the huge obstacles that stand between them and the finish line.” – Barbara Corcoran

If an entrepreneur does not like being told what to do, they will likely possess a high level of Independence (the ability to be self-directed and free of emotional dependency on others). Additionally, in order to be aggressive, they will also need to show a healthy level of Assertiveness. It is worthwhile to note that the reverse of these mappings are not necessarily true: Not all highly independent people have issues with authority, and it is possible for an employee to be assertive without offending others in the workplace.

Also, entrepreneurs with a strong self-perception are more likely to be sure of themselves. The successful entrepreneur will not only need an above average level of Self-Regard (the ability to respect oneself while acknowledging one’s own strengths and weaknesses), but a level of Self-Regard that balances well with their high Independence and Assertiveness.

“I’m trying to single out the winners with good gut reactions who are also smart enough to trust those reactions.” – Barbara Corcoran

In order to connect “good gut reactions” to emotional intelligence competencies, we have to determine the qualities of a “good” gut reaction. A “gut reaction” is an automatic response, and can be influenced heavily by the emotional component of the decision. However, a “good” gut reaction isn’t driven entirely by wild emotion. Good gut reactions can be solutions that effectively address the issue at hand, but are still realistic and feasible to implement (given limits such as budget or time restrictions).

An entrepreneur possessing a high level of Problem Solving (the ability to harness one’s emotions to make better decisions) would be more likely to have gut reactions that are not confounded by emotion, while possessing a higher level of Reality Testing (the ability to remain objective, see things as they really are and disregard personal bias) would help keep the gut reaction grounded in reality. When these two emotional intelligence traits are combined, the entrepreneur will be more likely to make decisions that are both effective and feasible.

However, as Barbara has pointed out, the individual needs to be able to trust those reactions. In order to trust the gut reaction, it helps to know where these reactions come from (or the emotions that led to the reaction). Someone who possesses high levels of Emotional Self-Awareness (the ability to recognize and understand the causes and impacts of one’s own emotions) will understand where these emotions stem from, as well as how they have impacted the decision. As a result, individuals with high levels of Emotional Self-Awareness may have an easier time trusting their gut reaction.

“I want to invest in the risk takers. Every great entrepreneur I’ve succeeded with has an unusually high tolerance for uncertainty – in fact, they’re turned on by risk. Too many would-be entrepreneurs have buttoned up business plans with lots of numbers, fancy projections, and reasonable deductions. Those aren’t the ones for me.” – Barbara Corcoran

While emotional intelligence traits have covered most of the qualities that Barbara seeks, we need to turn to another model to measure an individual’s comfort with risk. The Risk Type Compass™ is a measure of risk tolerance, describing eight distinct approaches to risk. From her description, it seems that Barbara would be interested in those who are comfortable with risk, quick thinking and are excited by the unknown. In essence, entrepreneurs who are willing to take the risks that others wouldn’t consider. These are characteristics of both the “Adventurous” and “Carefree” risk types.

“I’m looking for entrepreneurs who can size up people quickly and motivate them, and spot opportunities where others see only obstacles.” – Barbara Corcoran

In summary, the qualities that Barbara seeks in an entrepreneur can easily be measured. When multiple assessments are combined, they can paint the profile of an entrepreneur who possesses the skills required for success. In particular, the EQ-i 2.0 and Risk Type Compass assessments can provide venture capitalists with a great deal of useful information, even before they meet the entrepreneur.

Deonarine, J. M. (2016, April 25). Challenging the Stereotype of the Narcissistic or Perfectionistic Musician: What Does Science Suggest? Retrieved from https://www.linkedin.com/pulse/challenging-stereotype-narcissistic-perfectionistic-what-deonarine

Risk Type Compass™ is a trademark of Psychological Consultancy Ltd.

Thompson, D. (2016, July 6). The Myth of the Millennial Entrepreneur. The Atlantic.Retrieved from http://www.theatlantic.com/business/archive/2016/07/the-myth-of-the-millennial-entrepreneur/490058/

Justin’s professional interests include predicting and improving human performance. Our thanks to Justin for allowing this article to be featured on our website.