Fairy Tales & Horror Stories From The Dark Side – Part One 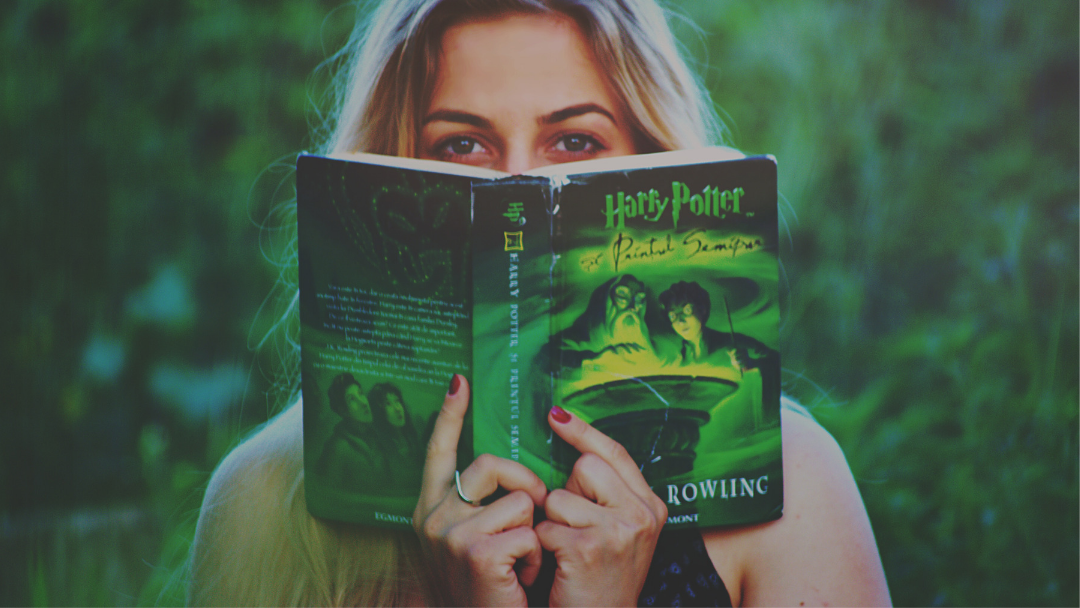 One way to bring these themes to life is to relate them to well-known fictional characters. Not surprisingly, some of the dark side themes seem to emerge more than others in fairy tales, classic literature, and popular films – presumably because they heighten the drama. Over the next few weeks, I’ll be looking at fictional characters embodying each of the 11 scales of the Hogan Development Survey (HDS).

First, Bold. The Bold derailer scale draws on themes and concepts from narcissism, the associated personality disorder, which helps flesh out the storyline.

The cartoon here, from the Where’s Cheese blog by Julie Ha, illustrates some of the key characteristics of the narcissistic personality disorder that can be easily translated – in a slightly muted form – to those who score highly on the Bold scale of the HDS.

The Origins of Narcissism

It is worth considering for a moment why narcissists behave as they do, as this can help us to understand them better and, perhaps, to be more forgiving and tolerant of their behaviour. The theory is that narcissists experienced some degree of emotional trauma in childhood – such as shame – that made them feel inferior. They then attempt to create another layer – a ‘false self’ – to protect themselves from these feelings and to be able to interact with the world. The problem is these protective behaviours over-compensate and result in perceptions of arrogance and entitlement, as the narcissist struggles to prove their worthiness. These dysfunctional styles of behaviour are clearly brought to life in some of the fictional characters described below. 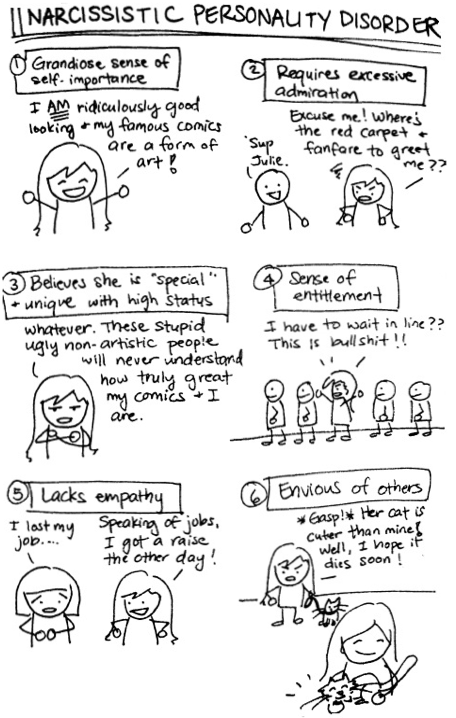 Starting with a fairytale character, the mirror-gazing Evil Queen in Snow White springs to mind.

Constantly preoccupied with her appearance, the Evil Queen asks the mirror repeatedly “Who is the fairest of them all?”. Her need for admiration is intense, as she asks the mirror this question seven times within ten pages of the story.

Her selfish, and rather fragile, desire to be the fairest in the land drives all her decisions and subsequent actions – in this rather extreme example, this leads to her orchestrating the murder of her competitor in the beauty stakes, Snow White.

Another fictional narcissist might be Walter White, from the drug-fuelled drama series “Breaking Bad”. Leslie Rith-Najarian (full article here) has aligned many of the criteria for a diagnosis of narcissistic personality disorder with behaviour displayed by Walter:

1. Being preoccupied with fantasies of great success and power – Walter constantly wanted to grow his business and become more powerful

2. Having a belief that they are special and can only be understood by others who are equally special or high status – Walter only respected Gus Fring as being on his intellectual level

3. Having a sense of entitlement – when brokering deals, Walter would argue that his product was the best and deserved the highest price tag

4. Being interpersonally exploitative – he uses and abuses his partner, Jesse, and his wife, Skyler, repeatedly to achieve his own ends

5. Lacking empathy – related to his interpersonal exploitative behaviours, he shows no sensitivity about the distress he is causing others

6. Is often envious – it appears Walter never got over the success of a business he was a former partner in, Gray Matter

Other narcissistic types in fiction include:

• Gilderoy Lockhart, played by Kenneth Branagh, in the Harry Potter films and books, as an expert in the art of celebrity and self-promotion

• Ron Burgundy, the anchorman played by Will Ferrell, whose narcissism is embodied in the title of the film, “Anchorman: The Legend Of Ron Burgundy”!

Below are a few more suggestions of narcissistic types in film, TV, and books.

Do you agree? Let us know if you have any more suggestions!