The 2019 Risk Type Compass™ norm group consists of 10,000 participants. This reflects an increase of nearly 3,000 from the previous norm group. The norm group includes 5,000 males and 5,000 females and was gathered using an opportunity sampling method. This is a sample that is almost exclusively comprised of working adults.

A more detailed summary of the 2019 norm group can be accessed here.

The 2019 norm group represents the fourth major norm update for the Risk Type Compass™. Figures 1 and 2 below provide a comparison of these four norm groups for the underlying Emotional:Calm and Daring:Measured scales respectively. 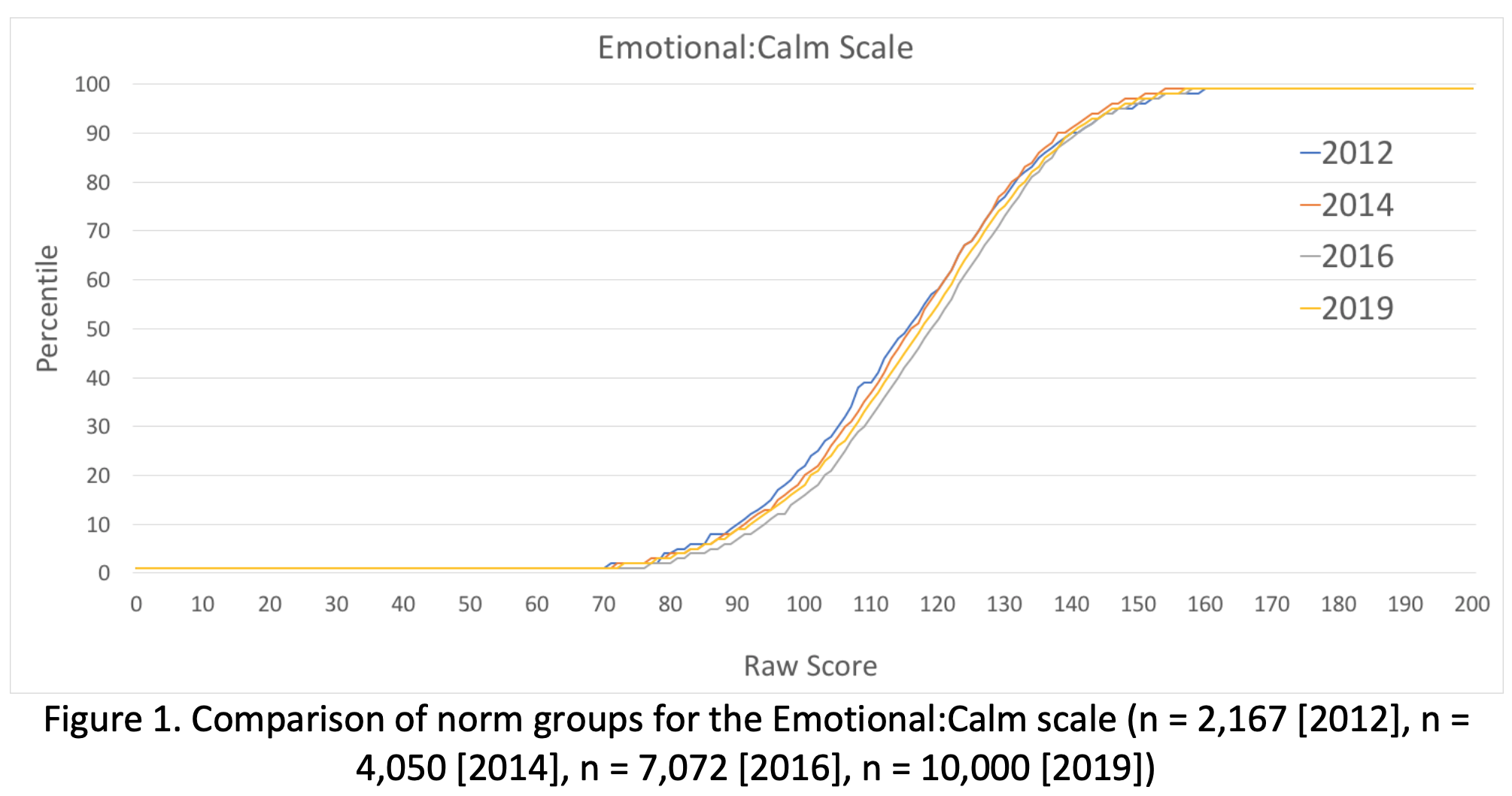 Figures 1 and 2 demonstrate the inter-norm stability of the Risk Type Compass™’s two underlying scales, as only minor percentile variations have emerged over the four norm groups. This leads us to conclude that focus should be given to the Risk Type designation of individuals, with subsequent feedback conducted accordingly.

In a small minority of cases, these changes could result in a shift on the Compass, and may even tip an individual into a neighbouring Risk Type. Differences are likely to be minor, but greater towards the Axis. Anyone previously positioned close to the edge of a Risk Type boundary on the graphic may find that the new norm defines them as the neighbouring Risk Type. This is demonstrated in the graphic below, where the faded marker represents a candidate’s original Risk Type position and the opaque marker represents their new position.

If you have any queries about this norm update, please do get in touch below.